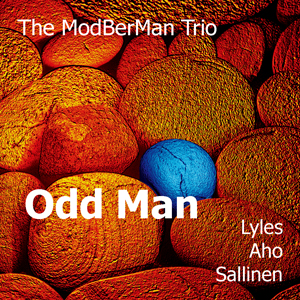 The great philosopher Georg Christoph Lichtenberg once opined, â€œWhen we read odes our nostrils expand and so do our toes.â€ I never knew what he meant until recently, when I heard Lylesâ€™ â€œTrio for Piano, Trombone, and Soprano Saxophoneâ€ performed by the ModBerMan Trio and originally recorded at the New York Public Libraryâ€™s â€œOdd Man Out Series.â€ Not only my nostrils and toes, but as the work itself dilated to fill the universe of its three movements, my brain and soul expanded as well.

I was well aware of Lylesâ€™ symphonic output, disturbingly familiar as it has become in recent seasons, but this is the first of his chamber works I have come across. No doubt my lack of awareness can be attributed to the lack of recordings of this part of his oeuvre, a lack I call upon our recording industry to rectify: more, more more!

Working in what he has chosen to call his â€œpost-minimalistâ€ style pass4sure 140-420 (a label that has unfortunate associations, particularly as it is misapplied to his work), Lyles has crafted a stunning if difficult canvas for three widely disparate instruments. Indeed, without the skill of Maila and David Springfield and their colleague Joren Cain, it would be easy to imagine this work falling to pieces.

However, it did not fall to pieces: it cohered, it jumped, it soared to its ethereal conclusion. But I get ahead of myself.

The opening movement, labeled â€œAndante,â€ is a lovely nocturne, pass4sure ST0-075 beginning with Lylesâ€™ trademark arpeggiations in the lower piano. Soon joined by the saxophone and, improbably, by the trombone, the figures change colors like watercolored fireflies until the wind instruments are released into a rhapsodic theme that hovers about the pianoâ€™s continued swirling. The whole thing eventually dies away the same way it came, and we are left thinking that this movement alone should have been enough.

That feeling is an illusion, disproved by the impish scherzo that follows. The winds play hide and seek with a quirky little theme that dives in and out of the irregular rhythms of the pianoâ€™s chordal accompaniment. I was reminded of the peasant dance of the scherzo of Beethovenâ€™s 6th, where the peasant band canâ€™t quite keep the beat and neither can you. Without having seen the score, I presume Lyles resorted to multiple time signatures to achieve the same feeling, but I could easily be wrong.

A wild, horrid, downward rush in the piano announces the opening of the final movement, labeled â€œAllegro agitato,â€ and it is clear the music has a dark message to impart. All three instruments pound and repound the descending theme without regard to meter or key until surely, one thinks, neither the composer nor the musiciansâ€”nor the listenerâ€”can stand any more, and then suddenly, gratefully, the whole piece bottoms out with what sounds as if it might be the longest note ever held by a trombone. (My brain rattled with the dreadful anticipation that it might be yet again assaulted by the main theme.)

But the piano begins to rebuild its arpeggiations from the first movement, and the winds play an inverted form of the downward theme that allows us to rise from the ashes of the opening conflagration, lifting higher and higher until they are playing softly repeating notes, calling one to the other as the piano floats toward them, above them, and away.

It left me quite breathless, and if you admire Lylesâ€™ symphonic output, you will be quite astonished as well. He has crafted, from three unlikely instruments, a completely winning work.

The other two works on the disc, while as effectively played by the ModBerMan Trio, do not offer as…